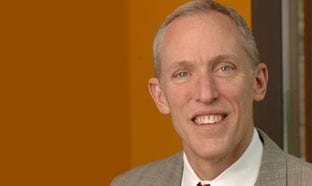 Dick De Veaux is a Professor in the Department of Mathematics and Statistics at Williams College in Williamstown, MA. An expert in applied statistics, his professional interests include data mining methodology and its application to problems in science and industry, as well as model selection and other problems for large data sets.

Before joining the Williams faculty, he served on the faculty at Princeton and at The Wharton School of the University of Pennsylvania. He has also been a visiting research professor at the Institut National de la Recherche Agronomique in Montpellier, France; the Université Paul Sabitier in Toulouse, France; and the Université René Descartes in Paris. In 2006-2007 he was the William R. Kenan Jr. Visiting Professor for Distinguished Teaching at Princeton University. De Veaux is a Fellow of the American Statistical Association and the author of many research papers. He is co-author, with Paul Velleman and David Bock, of several critically acclaimed textbooks, including Intro Stats and Stats: Data and Models.