Information Quality: The Potential of Data and Analytics to Generate Knowledge

Increasing data availability and computing power, coupled with the continuing necessity to improve and innovate, make it an interesting time for anyone inclined to take a rational view of how systems of value production operate or can be made to operate. InfoQ provides a much needed language and framework for surfacing and discussing these vital issues. 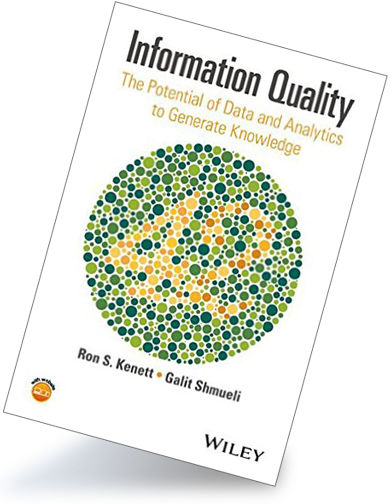 InfoQ is a way of thinking that guides our approach to exploiting data and preventing its abuse, and the practice of statistical discovery could benefit considerably from this discipline. This chapter contains two examples of how JMP software supports InfoQ. Each example starts with a tabular synopsis of the scenario to orient the reader. The chapter closes with some commentary on how various JMP capabilities align with the four InfoQ components and the eight InfoQ dimensions.