At Coherent, lean manufacturing principles and comprehensive data analysis allow the company to compete in a crowded industry

At Coherent, efficient manufacturing is built into the very foundations of the company. Initially established in the home of one of the founders in 1966, Coherent’s first laser used a piece of rain gutter as a key component. Now a leading global photonics manufacturer, Coherent builds customized laser solutions for a host of industries.

Director of Operations Melisa Buie, PhD, got her start at the Naval Research Lab doing computational development, after which she joined with colleagues in a startup to develop in-situ plasma diagnostic sensors. Once she began her work with Coherent, however, she was hooked. “My son told me that lasers were really cool,” she remembers. “I couldn’t leave then.”

Though initially Buie’s career focused on lasers’ defense applications, Coherent develops lasers for semiconductor and microelectronics manufacturing – technology that contributes to everything from cutting glass for mobile phones to lithography. It’s a competitive industry that requires continuous adaptation to an evolving marketplace; and low-performing suppliers don’t survive in the long term, especially with rising customer expectations for better performance and reliability at lower costs.

Coherent has consistently risen to these challenges over the last 50 years, making the company a leader in the photonics space. Ensuring high quality and identifying innovative applications for its technology are key to helping Coherent maintain its position in its existing markets while also breaking into new areas. “When we capture a particular market,” explains Buie, “it’s really hard for other people to get into that space because it’s integrated into the tools and equipment that are used for that particular application. When you’re late to market with a new technology, then sometimes you just don’t ever get it.” Under such consistent pressure, Buie and her team have little margin for error.

Enter “C-Lean.” The lean manufacturing concept was initially developed by Toyota in an effort to pursue waste reduction in all areas of production. Coherent takes this concept a step further with C-Lean, or Coherent Lean, which uses lean principles tailored to their specific operations. As a Lean Six Sigma black belt, Buie is a strong proponent of integrating lean principles into the manufacturing process, and as Director of Operations, her ability to apply these principles and recognize opportunities for improvement facilitates her success.

As increasing amounts of data become available from each phase of production, the operations team can apply these lean principles into a wider range of variables, allowing them to identify problems earlier in the process and use more in-depth statistics for their decision making. However, with this abundant data comes challenges. Multiple data sets from different locations in unintegrated software platforms have to be combined and standardized into a single data set in order to be useful, and this causes significant delays in the analytical process.

Another challenge is the time required for actual data collection by the operations team. “This is one of the reasons we are incorporating more and more automation in our process and updates to our databases, to facilitate the data collection process,” says Buie. With these automated data collection systems, “you're collecting every possible data point from the time the laser is connected,” she continues. “It’s a big challenge for us to deal with all of that, but ... it’s really allowing us to take our own understanding of our products in a manufacturing environment to the next level.” 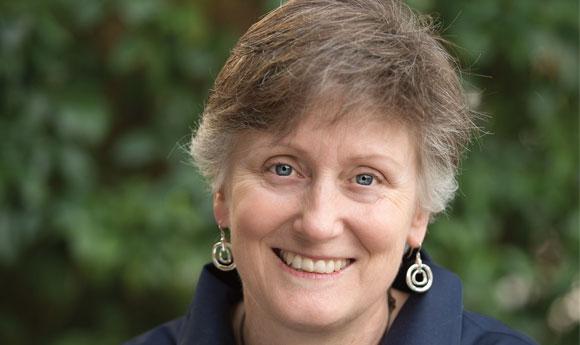 “[Visualization gives us] clarity on the information contained in the data, which then leads to a set of clear actions to take."

Coming from another company, Buie had comprehensive experience with JMP and understood the software’s unique advantages over competitors. Although Coherent had a corporate license for another software package, Buie and a few colleagues insisted that JMP was critical to their work and were granted access. Because of their enthusiasm for JMP in their own teams, JMP has slowly begun to spread at Coherent, particularly as employees migrate across the company.

Getting new employees up to speed with JMP is one of the simpler aspects of the training process at Coherent. With some initial online training, combined with experience with other statistical software, employees typically catch on to JMP quickly. Bruce Perilloux, Director of Optics Research and Development at Coherent, “tried JMP and immediately found the GUI of multiwindow and visual commands makes it very quick to perform the same task. After about one hour of self-training, I created reports ... I’m sold and will not go back to [the previous software].” With regular live tutorials that share new JMP features and on-site training, the Coherent team stays abreast of new methods and continues to refine their analytical approaches.

‘I like to call it storytelling with the data’

Within JMP, the three primary features used by the operations team are DOE (design of experiments), Gage R&Rs and exploratory data analysis. In particular, they rely on the dynamic visualization capabilities of JMP to quickly review their analyses and make data-driven decisions.

Visualization distills complex data from multiple sources into a clear display for both internal and external stakeholders, giving them “clarity on the information contained in the data, which then leads to a set of clear actions to take,” says Buie. Also, in many cases, decisions are made by people who are not statistically savvy, so the data visualization tools give a simplified platform on which to base discussion. Even many engineers lack training in sophisticated statistical analysis and interpretation, so the features in JMP help them understand the data well enough to convey key messages to clients.

In an effort to optimize one of their more complex manufacturing processes, Coherent engineers were baffled at yields that fluctuated between 70 percent and 99 percent. Thoroughly assessing their equipment, they could not identify the source of the problem. “Everything would look great, nothing going on,” recalls Buie. Furthermore, when the process failed, the part could not be reworked and ended up as scrap. “When 30 percent of your product is being thrown out at a cost of $1,500 to $2,000 an assembly, you can imagine our scrap bill was crazy.”

The team began by using JMP to parse data by various factors: furnaces, temperatures, soak time, etc. Eventually they identified disparate yields between two suppliers as the source, with one supplier achieving 100 percent yield and another achieving 70 percent. “As our production was lumpy, in other words, daily production didn’t use 50/50 of each supplier. We used material from one supplier, then moved to the material from the other supplier,’” she says. “[Yield] would cycle related to which supplier we were using.” Subsequent to these findings, Coherent was able to work with its suppliers to improve consistency between them and achieve higher yields. “It taught us a lesson that we have to parse the data based on suppliers.”

“A lot of people start out with our group and then move on within the company, hopefully,” Buie explains of the many young engineers in her group. As a hands-on manager, she prides herself on thoroughly preparing her team for future roles in the company. “They get that really strong foundation and then they could go anywhere.” With JMP as an integral part of this training, robust statistical methods continue to grow at the company and have been applied to other functions.

Not only does she preach the power of JMP in her workplace, Buie has introduced JMP at San Jose State University, where she taught in the Materials Engineering Department. “So many of my students have come back and said, ‘Thank you so much for introducing us to JMP because now I’m working and using [JMP].’” As an educator and business leader, Buie has highlighted the software’s comprehensive capabilities from a number of platforms, simply because of its demonstrable utility in her own career. Simply put, she explains, “I don’t ever want to not have it available!”