A recipe fit for the modern consumer

Japanese consumers took their first sips of Kirin beer in 1888, when the forerunner of Kirin Company Ltd. brewed a malt beverage for local drinkers. In 1907, the Kirin Brewery Company formed with the intention of widening the market for beer to a nation mostly unfamiliar with the product. Since then, Kirin has consistently brewed the nation’s No. 1 beer, in addition to offering an array of other alcoholic and non-alcoholic beverages.

Though Kirin led the industry for nearly a hundred years, the company began losing market share in 1985. And the brand took an even bigger hit when it was replaced as market leader in 2001 by Asahi Breweries. Furthermore, Kirin and its competitors have had to contend with new challenges as Japan’s demographics have evolved.

In light of both an increasingly competitive marketplace and an evolving consumer demographic, Kirin opted to meet these challenges by developing an expanding portfolio of ready-to-drink (RTD) vodka and fruit juice cocktails. The company did this strategically, with its research and development arm responding directly to consumer preference data.

“Unlike the US, Japan has a rapidly aging population, and we have fewer people drinking alcohol,” says Hideharu Odai, Senior Research Scientist at Kirin Company. “Japanese consumer data has indicated that women and younger generations in particular are not drinking very much. This may be a common trend in advanced countries. Overall, alcohol consumption by volume is declining. Before, consumption of beer was highest. However, for the last 10 years, there has been a decline in the consumption of beer by 1 or 2 percent every year. So at Kirin, we knew we needed to develop a strategy to fill this gap. For that, we focused on distilled types of spirits – the RTD drinks.”

It was an investment that paid off and in 2001, Kirin saw a dramatic increase in share prices upon the introduction of its landmark RTD product, Hyoketsu. A cocktail that combines fruit juice, soda and vodka, Hyoketsu has a light, fruity flavor – a recipe Odai and his colleagues at Kirin developed in direct response to younger consumers’ preference for beverages that are “drinkable” and “refreshing.” And since its launch in 2001, Hyoketsu has been the No.1 RTD brand in Japan, with more than 10 billion cans sold since 2015. 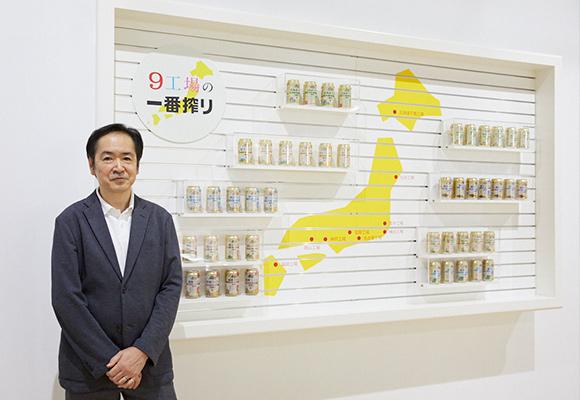 “To introduce a new methodology, we implemented multivariate analysis together with risk analysis in order to make it possible to match the basic research. We also started doing proficiency analysis and validations. We did not have that analysis before."

With the marketplace growing steadily more competitive as other beverage companies release their own RTD products, Kirin continues to innovate and improve upon Hyoketsu. Armed with the sensory profile used to optimize the composition of the major flavor compounds in the original Hyoketsu recipe, Odai and his colleagues at Kirin have focused their efforts on refining the sweet spot for RTD beverages. For this, they use a combination of taste tests and analytics, using JMP and JMP Pro, among other things, to review potential sensory profile combinations to establish candidate drinks for further testing.

New drink recipes include vodka, not-from-concentrate fruit juice and rheological agents – items that affect the flow of the liquid and fine-tune the drink for consumers. Traditional testing of the different drink combinations at distinct and variable combination levels made cost a concern, but with the applications available in JMP and JMP Pro, the analysis could be done quickly and efficiently.

People are very sensitive about how they feel when they swallow their drinks and how the liquid feels as it passes through the throat,” Odai says. “That's very important. But even so, historically, there has not been much texture-related research when it comes to alcoholic beverages.”

Odai believes that for both beverages and food, including alcohol, instrumental analysis and sensory evaluation are mandatory. Advanced equipment along with methods of sensory evaluation now make it possible to obtain vast amounts of data. Odai and his colleagues at Kirin have used JMP and JMP Pro to gain new knowledge by integrating and analyzing these mountains of data more closely.

“Before, in the R&D department, they had another analysis methodology, a general type of analysis that people used,” Odai says. “To introduce a new methodology, we implemented multivariate analysis together with risk analysis in order to make it possible to match the basic research. We also started doing proficiency analysis and validations. We did not have that analysis before.” 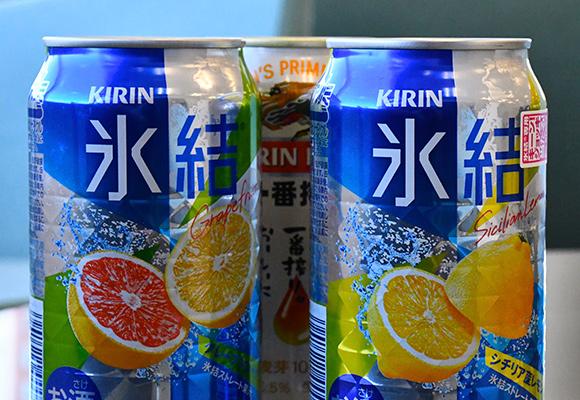 Hyoketsu, Japan’s leading ready-to-drink cocktail, continues to top the charts. In the wake of Hyoketsu’s widespread success, Odai says, Kirin is on its way to getting even more impactful results with sensory analysis.

Odai has not always used JMP, he says. “Kirin already had a software package in place for this kind of analysis. However, in order to execute the multivariate analysis we needed, the existing software wasn't good enough. That's why we implemented JMP.”

Kirin needed to understand how to put the right products on the market. “Having multivariate analysis available helped to get the information or the insight in terms of what the flavor should be or what sort of concept we should follow in a new type of alcoholic beverage.”

Odai was the first person to use JMP at Kirin. “Around 2010, when I was first transferred to alcoholic beverage research and development. That's when I needed to have statistical analysis software,” he recalls. After learning that JMP was the industry standard for sensory analysis in the consumer packaged goods industry – and used by companies like Kraft Foods – Odai decided to try the software for himself.

In the wake of Odai’s early successes, other researchers at Kirin also started using JMP. “I showed other employees how to use JMP, and then through that process, my colleagues started to understand the benefits that they can get out of JMP. That’s how we increased the number of users here at Kirin – they found that it was so easy to use.”

After experimenting with data mining, predictive modeling and a variety of nonlinear regression models in JMP, Odai decided to upgrade to JMP Pro in order to take full advantage of the software’s more advanced functionalities. One of the added features of JMP Pro, the PLS analysis of primary, squared and interaction terms, yielded good regression models for beverage palatability.

One study led by Odai investigated the thickness of alcoholic beverages by comparing the sensory scores and rheological properties. Thirty-three adults participated in a preference investigation. Using pectin and xanthan gum as thickening agents for Kirin’s designed beverages, researchers conducted a sensory evaluation of thickness with the selected panel using magnitude investigation. Odai and his colleagues then subjected the data they obtained to statistical analysis in JMP Pro.

The results indicated a proportional relationship between the logarithms of both the sensory score and the rheological properties, confirming that Stevens Power Law applies to the thickness of suspension. Odai tabulated the Power Score of thickness at 0.9 – higher than coffee aroma but lower than salty tastes.

Such findings allow Odai and his colleagues to understand how the optimum properties of thickening agents in designed beverages can improve the recipe and give consumers a more appealing product. “I think we are getting there, to good solutions. We’re getting good results with JMP,” Odai says.

Tests like these allow Odai and his colleagues at Kirin to select candidate drinks at substantially lower costs. “That's how we are able to reduce the cost of finding the candidate idea for the new type of beverage,” he says. And, they are able to create drinks that cater to Japanese consumers’ shifting taste preferences.

In the wake of Hyoketsu’s widespread success, Odai says, Kirin is on its way to getting even more impactful results with sensory analysis. In Japan’s highly competitive RTD market, Kirin is elevating the science of taste with an innovative approach to analytics.