Statistically speaking: Reflections on the tools of a trade

With the help of JMP® statistical discovery software, a team of Eastman Chemical Company statisticians is learning something new every day

There’s a team of statisticians at Eastman Chemical Company in Kingsport, TN, for whom a new tool of the trade is a beautiful thing. Fortunately, JMP® statistical discovery software from SAS offers a seemingly endless supply.

Kevin White is Eastman’s applied statistics group leader, and Arved Harding and Howard Rauch are veteran group members. They’ve all been JMP users for quite a long time – in fact, according to Rauch, since “version 1.something.” By their reckoning, the three have more than 75 years’ combined experience with JMP – all the while discovering within it new means of exploring and analyzing their data. They use JMP and JMP Pro on a daily basis at Eastman, where their job is to provide a solid statistical foundation for decision making in R&D, manufacturing and analytical laboratory contexts.

“JMP is the workhorse of our group,” White affirms. “It makes us much more productive – and we’re constantly learning new ways to use it.”

The three sat down recently to share impressions of the roles JMP plays in their work. 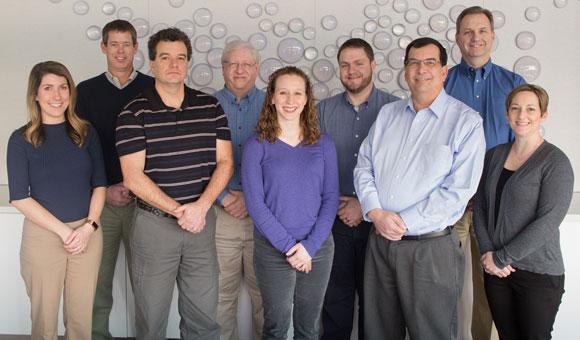 The Applied Statistics Group provides analysis and insight to decision makers across the organization, from R&D to manufacturing to research. 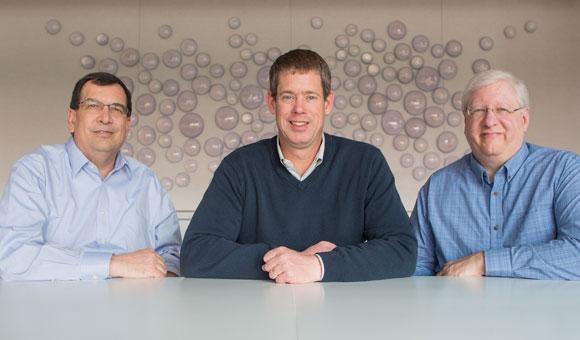 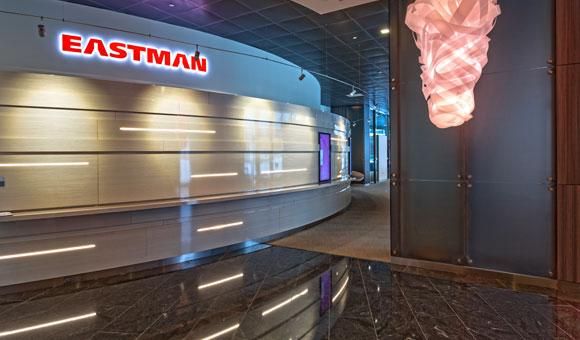 With 50 manufacturing sites worldwide – and customers in more than 100 countries – Eastman is one of the world's leading manufacturers of advanced materials, chemicals and fibers.

All in one place: The power of custom design

Eastman has some 15,000 employees across the globe, and the applied statistics group provides statistical support for all sites, assuming a proactive role in support of upper- management’s emphasis on innovation. In 1990, Rauch successfully advocated for the introduction of JMP. The group was already using SAS, and the addition of JMP, he felt, would advance their mission: “It was the interactive nature of JMP – to be able to get results instantly without having to write code. That was a major breakthrough for us.”

The group consults with several hundred Eastman employees each year, using JMP to enhance data-based decision making in the areas of innovation, productivity and quality. “Design of experiments is the bulk of what we do,” White says. “We’re using it in R&D and manufacturing almost daily. We do a lot of traditional designs like fractional factorials, but we also rely heavily on the JMP Custom Design platform, because not everything is that simple.”

“We’re very much a graphics-based group,” Harding says. “We believe that pictures should tell you what’s going on, and statistics should validate it.” The team regularly uses the graphical features in JMP to share analyses with customers, and recently began using the Interactive HTML tool – making considerable use of its Prediction Profiler feature – which allows them to share reports that include dynamic graphs. The report is saved as a web page in HTML 5 format, which can be easily emailed or published on a website. Users can then explore the analyses as they would in JMP.

“Our clients are getting a lot of benefit from that,” Rauch says. “They’re able to determine reasonable processing conditions for some of their formulations. It also allows us to work more directly with our clients, analyzing the data with them. We can do it in just a few sessions together, rather than us doing a lot of analysis and then bringing it back to them. We can sometimes even do that in just one meeting.”

Sharing scripts across the organization

“We’re a group of traditionally trained statisticians,” White says – traditionally trained but also eager to learn new things. “Sometimes the topics of discussion in our group meetings are the new things in JMP, so that we can continually grow as a group. One of our group members trained us on the Partition platform, showing us some of the features there, and I recently applied that to a project.”

A couple of years ago, each member of the group selected a different chapter of the book Optimal Design of Experiments by Peter Goos and JMP Principal Research Fellow Bradley Jones to teach to their fellow team members. “It’s gotten our group much more comfortable with the Custom Designer and some of the nontraditional designs that we weren’t taught in school,” White says. In fact, when Jones later paid the Eastman team a visit, they sat down to talk all things Custom Designer, and learn directly from Jones about definitive screening designs. “It was a thrill for me to see a group so excited about providing their internal clients better methods,” Jones recalls.

“Another thing that we’re trying to do is spread what we’re learning to people outside our group, giving them additional functionality through the JMP scripting language,” Rauch says. “Over the years, we’ve developed several scripts that we’re now sharing.”

For example: “There’s one called the process snapshot script, which gives our scientists and engineers an automated way to create control charts and capability analysis, where it automatically removes large outlier moving range values and provides alternative control chart calculations.

“Then there are some more utilitarian scripts, including one simply called ‘combine scripts.’ If you have several model scripts that you’ve created and saved in the left panel of the JMP table window, you can run this and it combines them into one script that can be a tabbed window. A lot of our statisticians have found that very convenient.”

The Eastman team appreciates the fact that their feedback, shared with JMP’s development team, is sometimes incorporated into new versions of the software. One example is a hide-and-exclude feature similar to one Rauch devised. “I don’t know how much we influenced that,” Harding says. “But a lot of it is parallel thinking about what’s needed,” Rauch ventures. “It’s a sign of JMP being aligned with our needs.”

All three have taken active roles in this give-and-take. White served on the JMP Customer Advisory Board, and was impressed with the extent to which influencers like Jones and JMP founder John Sall are still integrally engaged in a process of reciprocal learning. New insights continue to arrive with great regularity at Eastman, and, with them, solutions to everyday issues. “We’re seeing so many successes across the board with JMP that it’s hard to single out an individual example,” Rauch concludes. “It’s just such an essential tool for us.”

White concurs: “I can’t imagine working without it.”