What is one-way ANOVA?

One-way analysis of variance (ANOVA) is a statistical method for testing for differences in the means of three or more groups.

How is one-way ANOVA used?

One-way ANOVA is typically used when you have a single independent variable, or factor, and your goal is to investigate if variations, or different levels of that factor have a measurable effect on a dependent variable.

What are some limitations to consider?

One-way ANOVA can only be used when investigating a single factor and a single dependent variable. When comparing the means of three or more groups, it can tell us if at least one pair of means is significantly different, but it can’t tell us which pair. Also, it requires that the dependent variable be normally distributed in each of the groups and that the variability within groups is similar across groups.

One-way ANOVA is a test for differences in group means

One-way ANOVA is a statistical method to test the null hypothesis (H0) that three or more population means are equal vs. the alternative hypothesis (Ha) that at least one mean is different. Using the formal notation of statistical hypotheses, for k means we write:

where $\mu_i$ is the mean of the i-th level of the factor.

Okay, you might be thinking, but in what situations would I need to determine if the means of multiple populations are the same or different? A common scenario is you suspect that a particular independent process variable is a driver of an important result of that process. For example, you may have suspicions about how different production lots, operators or raw material batches are affecting the output (aka a quality measurement) of a production process.

To test your suspicion, you could run the process using three or more variations (aka levels) of this independent variable (aka factor), and then take a sample of observations from the results of each run. If you find differences when comparing the means from each group of observations using an ANOVA, then (assuming you’ve done everything correctly!) you have evidence that your suspicion was correct—the factor you investigated appears to play a role in the result!

Let's work through a one-way ANOVA example in more detail. Imagine you work for a company that manufactures an adhesive gel that is sold in small jars. The viscosity of the gel is important: too thick and it becomes difficult to apply; too thin and its adhesiveness suffers. You've received some feedback from a few unhappy customers lately complaining that the viscosity of your adhesive is not as consistent as it used to be. You've been asked by your boss to investigate.

You decide that a good first step would be to examine the average viscosity of the five most recent production lots. If you find differences between lots, that would seem to confirm the issue is real. It might also help you begin to form hypotheses about factors that could cause inconsistencies between lots.

You measure viscosity using an instrument that rotates a spindle immersed in the jar of adhesive. This test yields a measurement called torque resistance. You test five jars selected randomly from each of the most recent five lots. You obtain the torque resistance measurement for each jar and plot the data. 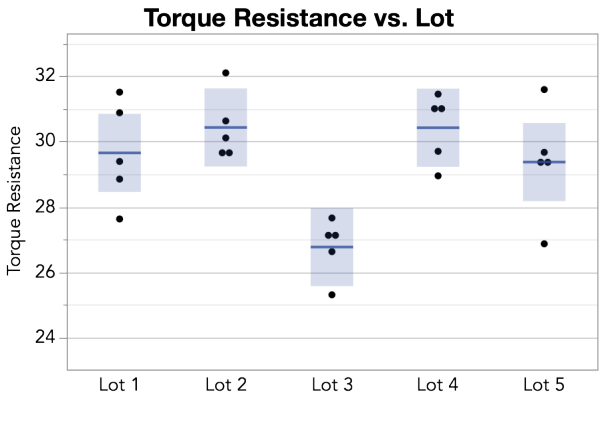 Table 2: ANOVA table with results from our torque measurements

We'll explain how the components of this table are derived below. One key element in this table to focus on for now is the p-value. The p-value is used to evaluate the validity of the null hypothesis that all the means are the same. In our example, the p-value (Prob > F) is 0.0012. This small p-value can be taken as evidence that the means are not all the same. Our samples provide evidence that there is a difference in the average torque resistance values between one or more of the five lots.

What is a p-value?

Because we’re only examining random samples of data pulled from whole populations, there’s a risk that the means of our samples are not representative of the means of the full populations. The p-value gives us a way to quantify that risk. It is the probability that any variability in the means of your sample data is the result of pure chance; more specifically, it’s the probability of observing variances in the sample means at least as large as what you’ve measured when in fact the null hypothesis is true (the full population means are, in fact, equal).

Based on these results, you decide to hold Lot 3 for further testing. In your report you might write: The torque from five jars of product were measured from each of the five most recent production lots. An ANOVA analysis found that the observations support a difference in mean torque between lots (p = 0.0012). A plot of the data shows that Lot 3 had a lower mean (26.77) torque as compared to the other four lots. We will hold Lot 3 for further evaluation.

Remember, an ANOVA test will not tell you which mean or means differs from the others, and (unlike our example) this isn't always obvious from a plot of the data. One way to answer questions about specific types of differences is to use a multiple comparison test. For example, to compare group means to the overall mean, you can use analysis of means (ANOM). To compare individual pairs of means, you can use the Tukey-Kramer multiple comparison test.

Now let’s consider our torque measurement example in more detail. Recall that we had five lots of material. From each lot we randomly selected five jars for testing. This is called a one-factor design. The one factor, lot, has five levels. Each level is replicated (tested) five times. The results of the testing are listed below.

To explore the calculations that resulted in the ANOVA table above (Table 2), let's first establish the following definitions:

$Y_{ij}$ = The jth observation on the ith treatment

$\overline{Y}_i$ = The sample mean for the ith treatment

$\overline{\overline{Y}}$ = The mean of all observations (grand mean)

While that equation may seem complicated, focusing on each element individually makes it much easier to grasp. Table 4 below lists each component of the formula and then builds them into the squared terms that make up the sum of squares. The first column of data ($Y_{ij}$) contains the torque measurements we gathered in Table 3 above.

We divide each sum of squares by the corresponding degrees of freedom to obtain mean squares. When the null hypothesis is true (i.e. the means are equal), MS (Factor) and MS (Error) are both estimates of error variance and would be about the same size. Their ratio, or the F ratio, would be close to one. When the null hypothesis is not true then the MS (Factor) will be larger than MS (Error) and their ratio greater than 1. In our adhesive testing example, the computed F ratio, 6.90, presents significant evidence against the null hypothesis that the means are equal. 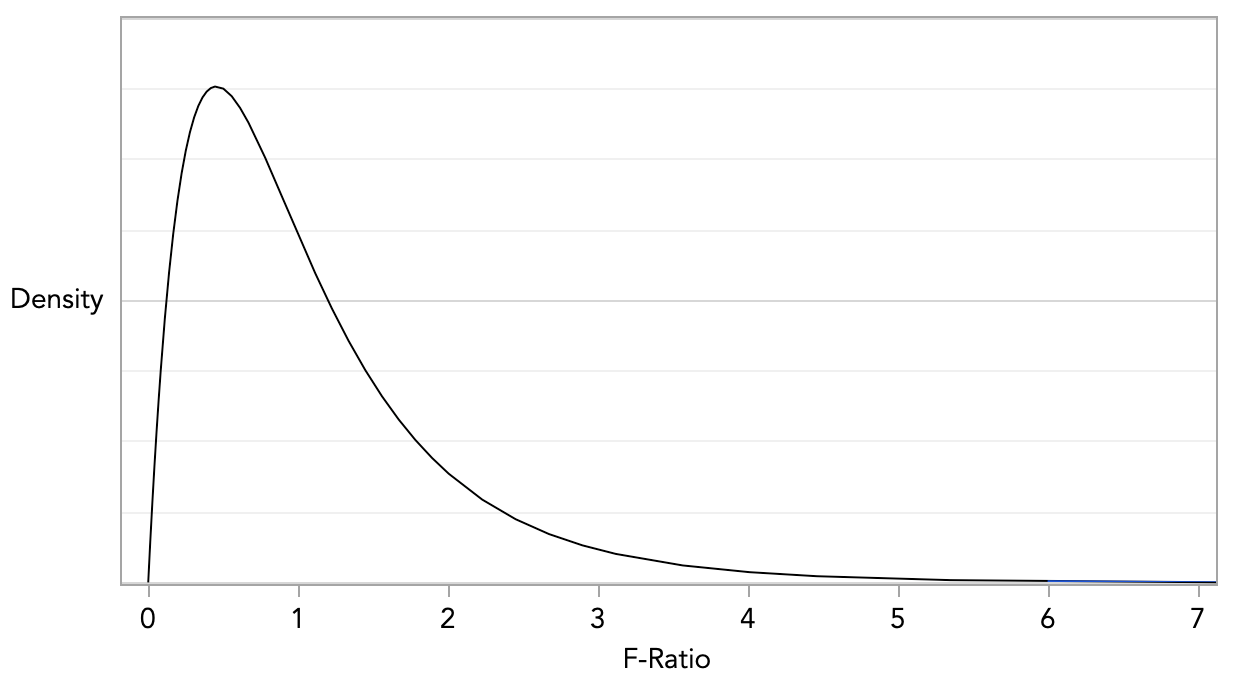