Making air travel safer is, of course, an ongoing effort – and a soaring challenge. Despite the current economic downturn, analysts expect significant growth in air travel in the immediate future.

In response to this anticipated demand, efforts to enhance safety have moved into high gear with a series of unprecedented global initiatives to redesign the aviation systems that provide for the safe passage of civilian aircraft.

Mike Paglione is an engineer with the FAA’s Simulation and Analysis Team at the William J. Hughes Technical Center in Atlantic City, NJ. Paglione understands that collaboration among countries – the sharing of data – is critical to the success of these initiatives. He has recently participated in and co-authored papers on two safety studies that have used a vast amount of data collected from across the world – and JMP statistical software from SAS is playing a significant role in his work.

One study¹ brought together researchers from the US, Europe and Australia to quantify lateral deviations of known flight plan routes and to determine the impact of these errors on some of the tools required for air traffic control operations.

The second study² examined conflict-event properties, looking at traffic data from all 20 National Airspace System (NAS) en route centers and developing models of the anticipated near-misses between aircraft that are safely resolved by air traffic controllers. By understanding the characteristics of these events, automation can be improved to aid the air traffic controllers in this important safety assurance task. 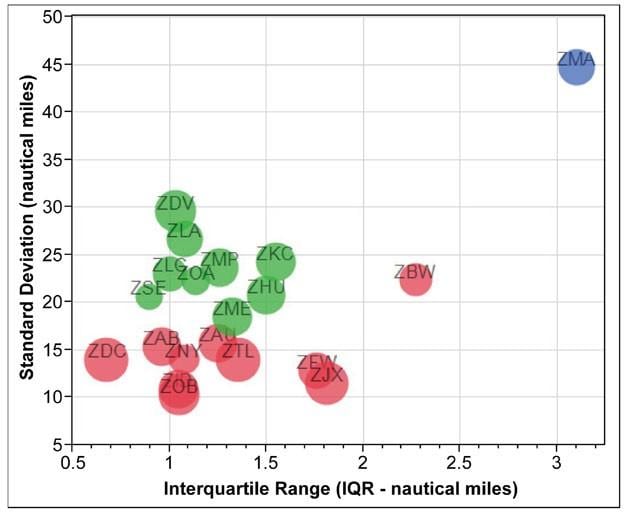 This JMP Bubble Plot shows a cluster analysis of US Air Route Traffic Control Centers (ARTCCs), classifying them in terms of standard deviation and IQR of lateral deviation distance.¹

This JMP Bubble Plot shows a cluster analysis of US Air Route Traffic Control Centers (ARTCCs), classifying them in terms of standard deviation and IQR of lateral deviation distance.¹

"We’re dealing with huge data sets,” Paglione says. “We looked at the positions of aircraft every 12 seconds over seven hours from all 20 NAS en route centers in the US, which amounts to something like 50,000 flights and more than 8 million measurements. “We need to better understand what that data is telling us, and JMP can handle it.”

In 2003, Congress established the Joint Planning and Development Office (JPDO) to plan and coordinate the development of a next-generation air transportation system in anticipation of a projected threefold increase in air traffic over the next two to three decades.

The legislation mandated an operational concept for the NAS for 2025 that will include a trajectory-based separation-management system requiring precise monitoring and management of an aircraft’s position.

The current method of separating aircraft relies heavily on the cognitive skills of the air traffic controller to visualize aircraft trajectories on the radar display and issue verbal instructions to pilots. The legacy approach will be replaced by a system that will use enhanced automation, with conflict resolutions that are communicated digitally between the air and ground and between planes.

In 2004, the European Commission established a similar consortium of air traffic stakeholders. The European initiative seeks to facilitate the projected threefold increase in air traffic while cutting aviation costs in half, improving safety by a factor of 10 and reducing the environmental impact of each flight by 10 percent.

The FAA’s work is helping achieve all these objectives. Paglione’s study of lateral deviations looked at the impact of lateral-intent information within current automation plans and how the strategy can be improved. The study compared the horizontal route of a flight as perceived by the automation with the actual aircraft position. Such deviations are due to both navigational errors and purposeful changes in the route of flight that are not updated. 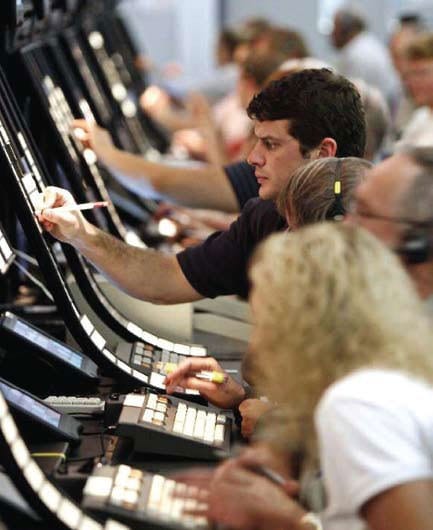 Air traffic controllers keep aircraft safely separated as they take off, land and travel through the air. 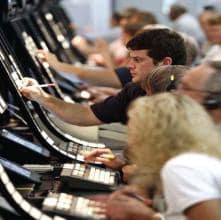 Air traffic controllers keep aircraft safely separated as they take off, land and travel through the air.

“The way the current system operates is that it uses the air traffic controller’s entries into the automation,” Paglione says. “Typically, these entries are captured by the flight plan. The flight plan states that this aircraft is going to follow this path and then it’s going to go to this destination airport, etc.

“But as the aircraft is flying, the air traffic controller may verbally clear the aircraft to make a lateral change, called vectoring. The resulting clearance is not typically entered into the automation, nor required procedurally.”

Therefore, when air traffic controllers who are subsequently guiding the aircraft need to make decisions to avoid conflicts – aircraft flying too close to each other, for example – the information at their disposal is not always accurate. Errors of up to 30 nautical miles are common, according to analysis of data within the automation systems in the US and Europe.

Paglione and his colleagues showed that lateral deviations are a key source of aircraft prediction error and that the retrieval of data from global navigation satellite systems aboard aircraft offers a reliable and extremely accurate solution to improving ground-based predictions.

The next step is integration of these systems to provide the benefits proposed.

“I used JMP extensively in this paper,” Paglione says, “most particularly JMP’s cluster analysis – which is a powerful platform within JMP.

“What was especially helpful was that I could integrate charts – bubble plots and dendrograms – and colorcode them. I was able to show the patterns in the two charts, two ways of looking at the data, and the color really brings it out.

“With JMP, it’s taking chaos and ordering it. It was a process of discovery – how do these things relate? – and I came up with standard deviation and interquartile range as being nice ways of characterizing the metrics and learning about the characteristics of the data.”

A tremendous amount of data

Paglione also used JMP extensively for the second study, a comprehensive examination of conflict-event properties. His team examined traffic data from all 20 NAS en route centers, developed software models of these events, implemented experimental design techniques to calibrate them, validated the models by comparing them to advanced operational systems and, finally, presented detailed graphical statistical analysis of the results. 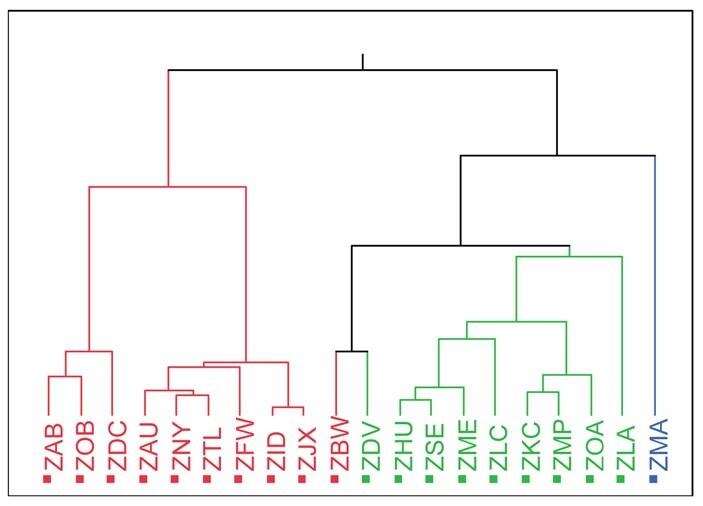 This dendrogram was created using Ward’s minimum variance method to produce hierarchical clustering. Miami ARTCC (ZMA) represents the lone cluster with both the largest standard deviation and IQR, relative to the other ARTCCs.¹ 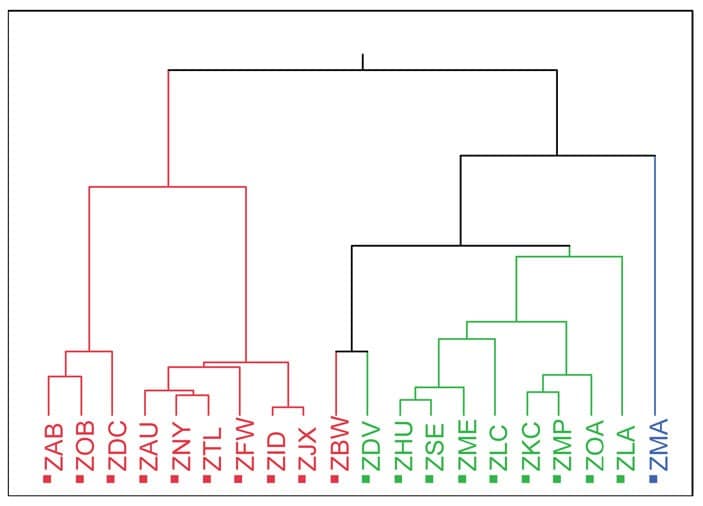 This dendrogram was created using Ward’s minimum variance method to produce hierarchical clustering. Miami ARTCC (ZMA) represents the lone cluster with both the largest standard deviation and IQR, relative to the other ARTCCs.¹

At the heart of the NAS are the air traffic controllers, who must synthesize many pieces of timely information, including radar surveillance information and flight data. It’s the controllers’ responsibility to ensure the safety of planes flying within their airspace in the most efficient means possible. To accomplish this, air traffic controllers actively monitor their aircraft and then resolve any predicted conflicts.

“We’re building software tools, called decision-support tools, some of which are already implemented in the NAS and some that will be implemented in the near future, that will change how the controllers do their jobs,” Paglione says. “We’re going to have more and more automation. But I felt that there was limited knowledge on the characteristics of these conflict events.”

This study resulted in the development of a set of tools and a methodology to predict and then examine conflict properties. It was run using a seven-hour traffic sample from one day in April 2008. Follow-up studies will capture different sample days, considering seasonal and weather effects.

Explained Paglione: “In this study, I was doing data discovery; I didn’t know how I wanted to characterize the data. But in using JMP, I was able to explore how others have done it in the past and was able to characterize it in lots of different ways.”

“The international collaboration that took place to perform these studies is the type of global cooperation that will be needed to address the increase in traffic internationally,” Paglione says. He considers JMP a critical tool in this process.

“We have a tremendous amount of traffic data, from many, many measurements,” Paglione says. “I honestly don’t think I would have been able to do this analysis – certainly not at this scale, and maybe not at all. You need a tool like JMP to process this much data.

“JMP has become an essential component of the FAA’s analysis toolbox.”

For more information on these two air safety studies, see the following papers: 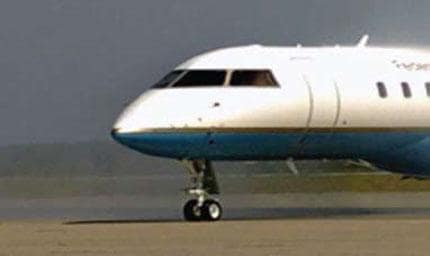 With JMP, it’s taking chaos and ordering it. It was a process of discovery — and I came up with standard deviation and interquartile range as being nice ways of characterizing the metrics and learning about the characteristics of the data.