Since its inception in the Japanese prefecture of Fukuoka in 1931, Bridgestone has been a paragon of Japanese technology and innovation. Founder Shojiro Ishibashi strived to make his rubber tires with homegrown ingenuity, foregoing the opportunity to replicate existing European or North American technology. Today, it operates over 180 production and R&D facilities spread across 27 countries as a multinational corporation.

But Bridgestone is not resting on its laurels. Innovation and product development continue to be at the forefront of its work. Bridgestone doesn’t only manufacture conventional car tires; it also creates new, cutting-edge tire technology for aircraft, large-scale mining vehicles and motorcycles. Beyond tires, Bridgestone has diversified operations to encompass automotive components, industrial products, polyurethane foam products, construction materials, parts for electronic equipment, bicycles and sporting goods.

Creating a dialogue between international departments

Typically, modern pneumatic tires are made from a combination of synthetic rubber, natural rubber, fabric and wire, along with carbon black and other chemical compounds. What kind of carbons and chemical compounds are added to the rubber vary from product to product and will affect performance, cost and durability. Bridgestone is always developing new rubber compounds, each tailored for the specific needs of the end product; for example, a high-speed racing car will require a light tire designed to last less than the duration of a single race, whereas a heavy duty tractor tire must support a heavy load and last much longer.

A common challenge facing multinational manufacturers with many global locations is unifying procedures and establishing dialogue between international colleagues. Different facilities will carry out their research and development using different tools and software, and while this is not an issue in and of itself, it can mean that some facilities are miles ahead when it comes to results. That’s what Taku Yamamoto, from the Evaluation Method Development Unit and Tire Materials Advanced Development Department at Bridgestone Technical Center in Tokyo, found when he took a temporary assignment in one of Bridgestone’s R&D facilities in the US.

With a background in biochemistry and coordination chemistry, Yamamoto has worked for Bridgestone in Japan since graduating from university, developing materials for rubber. When he got to the US in 2014, his objective was to observe how researchers in the American R&D department he was observing were using statistical analysis to refine the way they designed experiments. And to compare these methods with his own department back in Tokyo. “I had my first encounter with JMP in the US,” explains Yamamoto. “They were using it for mixture design; what and how much needs to be mixed in the rubber formulation. And to do so, they were applying the JMP Design of Experiments feature.”

Yamamoto had no previous experience using JMP, but he took it upon himself to learn as much as possible during his extended visit to North America. “I needed to first play around with JMP myself, and that was the first challenge,” he says. While observing how his American colleagues were able to streamline their processes, Yamamoto saw firsthand how JMP made data processing easier and more accessible to non-statisticians. “[With JMP,] results can be experienced in a dynamic way,” explains Yamamoto. “We don’t just pass on the results; rather, we can have people experience how we got to the results in the first place.”

Upon his return to Japan, Yamamoto was sure he needed to persuade management in Tokyo to adopt a similar approach to R&D, but gaining buy-in was not so straightforward. His manager was concerned with cost and, never having used JMP himself, he was also unsure of how statistical analysis would help make efficiencies in experimentation. But Yamamoto was ready. He was able to demonstrate that the data that Bridgestone already had from previous experiments could help him to transform future experimental processes in a way that saved both time and money. “Even if you don’t do the experiment yourself, you can use past data to learn important insights,” he says. “Without even doing a physical experiment you’re able to get a conclusion. JMP pulls actionable, quantitative results [from any data set].” 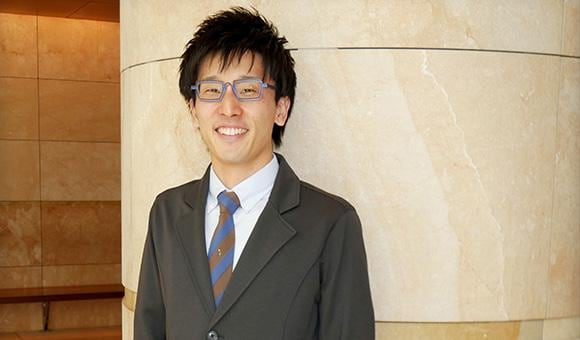 “It’s all about connecting R&D with production – creating processes by which we can achieve that same recipe every single time.”

“Formulation mixing is quite complicated. We’ve learned that we can achieve better performance with more highly complex mixtures. We use more than 10 kinds of materials for tire compounding, and we have developed with just a few focused components of a certain chemical group among them to various kinds and complicated ones.” Yamamoto explains. “If a mixture only has three components, then it’s easy to imagine how much of each ingredient should be added and when. But if you have six or more compounds, you cannot really imagine what the ultimate result is going to be. You need a computer to simulate results.”

Ultimately, Yamamoto’s manager was persuaded when he recognized the value of rolling out widespread use of a versatile tool like JMP. “He liked the statistics and programming in the first place,” says Yamamoto, “and perhaps even more importantly, the view to efficiency that the US team was embracing.”

Initially, the use of JMP for mixture design was tested at Yamamoto’s own site – for about six months, he was the sole license holder – and eventually rolled out across the organization. “We even started using the product for development purposes,” he adds. “In fact, we have already developed an exciting new tire prototype using analytical methods in JMP. I designed the mixture formulation, and now we’re already doing road tests with the tire.”

Following initial successes, a statistical approach has gained wider traction. “In the Raw Materials and Compound Design department we now have almost 40 JMP users,” Yamamoto says. They primarily use applications for DOE, Graph Builder and multiple regression features, and Yamamoto has observed quantifiable improvements in processing time and other efficiencies akin to those that were built into the US R&D facility he visited. The next step? Yamamoto says “it’s all about connecting R&D with production – creating processes by which we can achieve that same recipe every single time.”

In the meantime, Yamamoto is reveling in the efficiencies he’s been able to introduce. And with the support of his team and management, he will continue to explore all the facets JMP has to offer, and use those solutions to further optimize Bridgestone’s processes.