Consider the data for the first 10 observations. Behind the scenes, when we fit a model with Shift, the software substitutes a 1 for first shift and a -1 for second shift.

For a model with Shift as the only predictor, the intercept is the overall average Impurity. The coefficient for Shift, written Shift[1], is -0.012. This is the amount that the first shift is below the average Impurity.

However, the p-value is very large. So, this difference is not significant.

Note that, instead of using -1/1 effect coding, many software packages apply 0/1 dummy coding: assigning a 0 for first shift and a 1 for second shift.

It’s important to note that these two coding schemes result in the same model predictions. But, from an explanatory perspective, the interpretation of the coefficients is different. Let’s turn our attention to the variable Reactor, which has three levels. In this case, the regression model includes two indicator variables, with coefficients for Reactor 1 and Reactor 2. Again, we can apply either effect coding or dummy coding.

Why don’t we report a coefficient for Reactor 3? It turns out that, for three-level categorical predictors, the last level is redundant to the first two levels.

As a generalization, for a k-level categorical predictor, the software computes k-1 coefficients.

Let's return to our model results. The p-values for the whole model and the parameter estimates are very low, indicating that there are significant differences in the average Impurity for the different reactors.

Now, we'll put it all together. We fit a model for Impurity with all five predictors. Again, the p-value in the ANOVA table indicates that the whole model is significant.

The Effect Summary table provides tests for the whole effects. We see that Temp, Catalyst Conc, and Reactor are all significant, adjusting for the other terms in the model.

As a reminder, here are the results for our model with only the three continuous predictors. 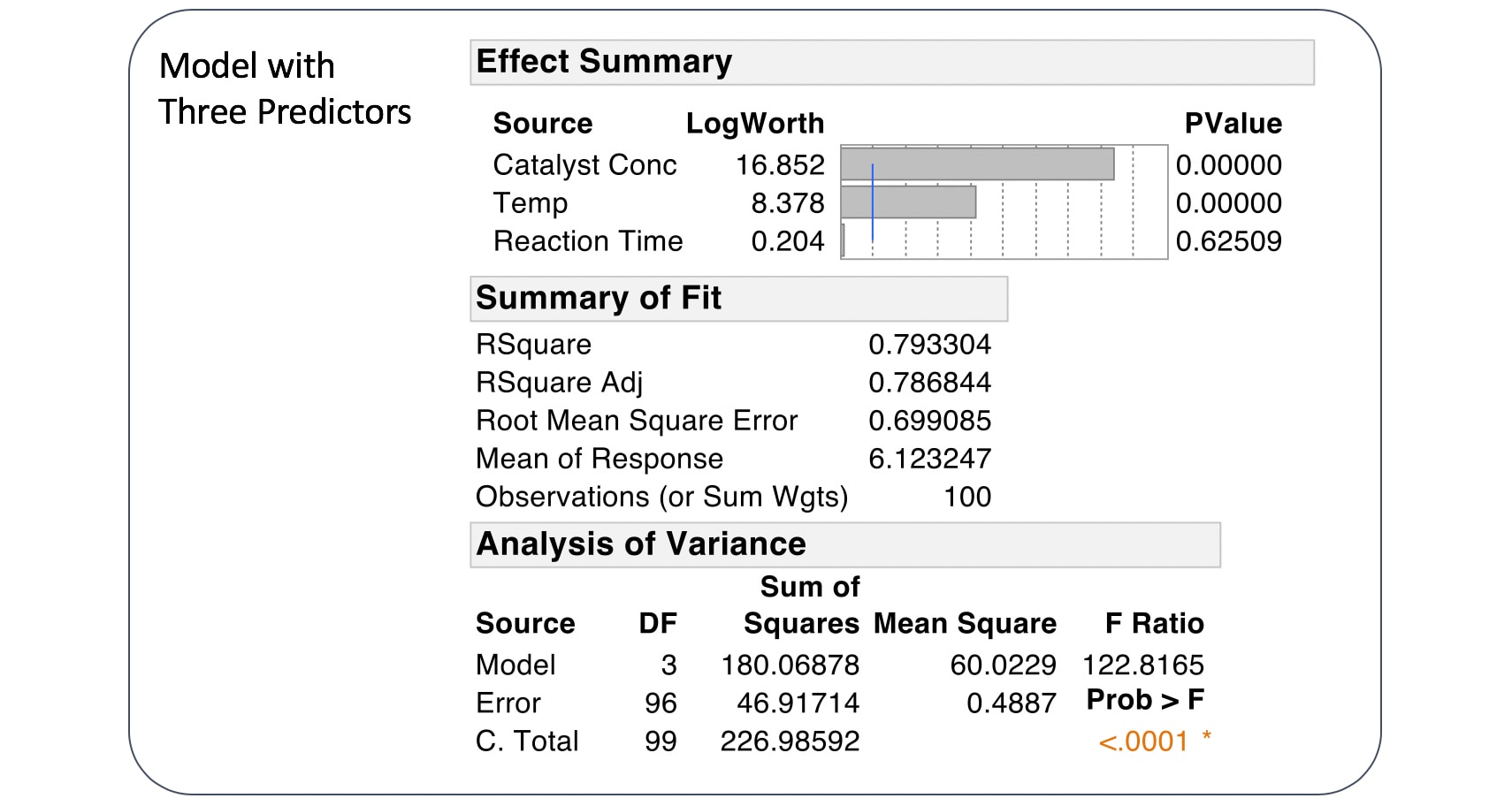 But can we do better? Are there other terms we can add to the model? We explore this in an upcoming section.