One team at the world-renowned San Diego Zoo is studying the effects of habitat loss in its own backyard. These scientists hope they can save at-risk animals both locally and in other parts of the world by better understanding the complicated dynamics of ecosystems in flux.

Extinction and decline are complicated processes that cannot be attributed to any singular factor. But by building an understanding of the many variables which together affect ecosystem balance, scientists stand a chance at helping to save at-risk species.

The San Diego Zoo is at the front line of this fight. By uniting its expertise in animal care with cutting-edge conservation science, the zoo’s researchers lead the global effort to end extinction. 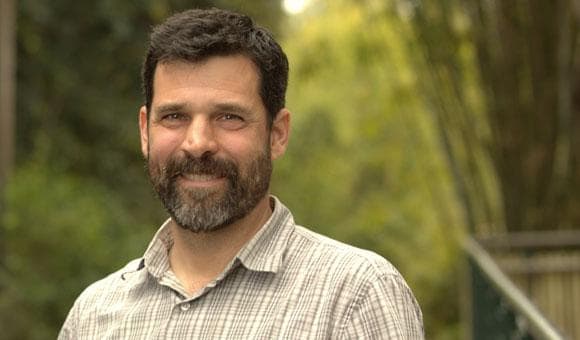 “Without JMP, I don’t know that I could have mastered this kind of complex survival analysis as quickly and easily as I did. Its visualization and graphing features really make it easier for us as biologists to answer our research questions.”

An adaptive management approach to conservation aims at sustainable outcomes

Scientists of the San Diego Zoo’s Applied Animal Ecology Division conduct important behavioral and ecological research to advance the institution’s conservation mission. The division espouses an adaptive management approach—which means gathering information about the entire ecosystem over time in order to understand how endangered and threatened species are impacted by factors like habitat degradation, predation or competition.

In the case of San Diego County, scientists have, over the years, noted significant habitat loss and fragmentation due to human activity. Such changes have led to the diminution of native grasslands and a proliferation of aggressive invasive species.

Unfortunately for animals like the California ground squirrel, robust non-native grasses are ill-suited for nesting. As a result, local squirrel populations have undergone a marked decline. And when habitat loss affects a squirrel population’s success, it has a ripple effect.

“Typically, where there are ground squirrels, there is higher species diversity,” says J.P. Montagne, Research Coordinator with the Division. In a way, squirrels are architects of the ecosystem. But when squirrel populations lack crucial components of the habitat they require for their own survival—the right soil, the right vegetation—they begin to decline. And so too do those bird and rodent species who rely on ground squirrels’ cast-off burrows for nesting.

The western burrowing owl – which is at risk of extinction in San Diego County, California -- is no exception. With fewer and fewer burrows available for nesting, the burrowing owl now risks local extinction.

While a simple short-term solution to this problem might be to construct artificial burrows in which owls could nest, Montagne and his team see this option as unsustainable. The ultimate goal of conservation work, he says, is to help reestablish healthy, self-sustaining ecosystems that require little future intervention from humans.

The theory goes that if you can bring back the squirrels, you’ll also bring back the burrowing owl population. In reality, however, it’s much more complicated than that. Squirrel survival is dependent on a wide array of environmental and behavioral factors that go far beyond a macro-view of habitat loss.

The San Diego Zoo seeks to understand those factors that facilitate the natural system’s population dynamics. And that means experimentation and ultimately, data analysis. 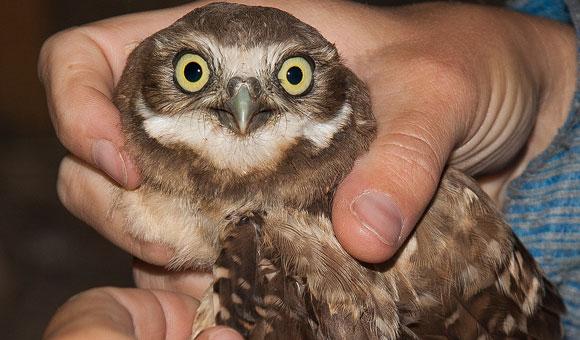 Together with his team, Montagne translocates squirrel populations in order to study variables affecting squirrels’ ability to thrive as well as the effects translocated populations have on the habitat itself.

Over the course of three years, the team has translocated over 700 squirrels. Prior to each move, Montagne performed a series of behavioral assays with the squirrels, a subset of which were radio-collared so that he could monitor them for three months following their release.

To complicate matters further, the team was forced to discontinue a handful of its relocation sites, supplementing the data by introducing new geographies with unique abiotic and biotic characteristics.

With a laundry list of temporal, ecological, geographic and what Montagne calls “animal personality” variables, the resulting data set was a statistical challenge.

“It was a complex data set—we did translocations a few years in a row and had multiple plots at each site. And all these variables were really hard to wrap my head around,” he says, “but JMP® helped me figure it out.”

Montagne runs multiple survival regression analyses on the number of days the squirrels survived as well as to evaluate movement parameters in the wake of a translocation. “Without JMP,” he says, “I don’t know that I could have mastered this kind of complex survival analysis as quickly and easily as I did. Its visualization and graphing features really make it easier for us as biologists to answer our research questions.

“Had I not had JMP, I would have had to learn R. I’ve used R in the past and it’s also a great tool, but there’s a huge learning curve—having to master scripting, for one. Most of us here at the institute are not statisticians. We’re ecologists, biologists, reproductive physiologists. And we use statistics as a tool to help us answer the questions posed by our research.”

Montagne says JMP cuts through the noise in his data to point at important relationships between variables. For example, analysis showed that the clay content of the soil was among the most important predictive abiotic factors of survival. 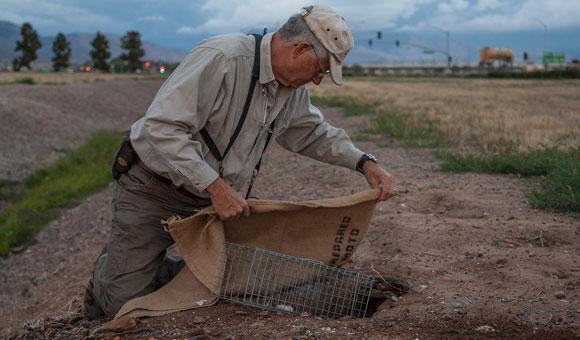 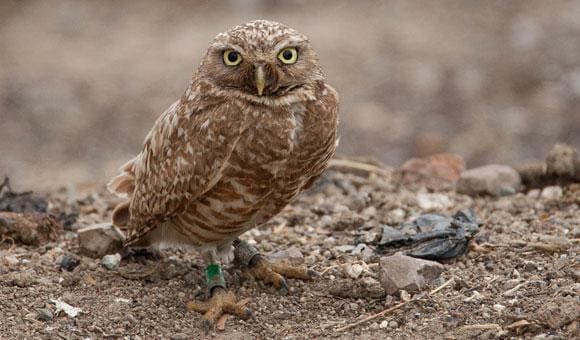 Data-driven management decisions aim to bring back the western burrowing owl by first bringing back the squirrels who construct the burrows owls nest in. 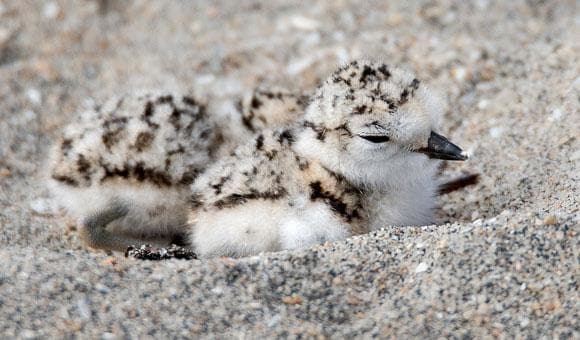 But how does identifying predictive factors (and understanding their interrelationships) actually translate into promoting squirrel repopulation?

Montagne relies on the findings of his analysis to inform the strategic management decisions he and his team must make. By understanding the impact of predictive factors like soil quality, they’ll be able to translocate squirrels to sites in San Diego County where they’ll have the best chance at survival.

And with it, they hope to see the western burrowing owl begin to come back.

JMP has helped make sense of the complex data that drives this kind of conservation management decision making, Montagne says—even for scientists who, like his team, are less familiar with statistics. “Not only did I use JMP to run my analyses, you could say that I also used JMP to learn statistics,” Montagne laughs.

JMP saves researchers a lot of time, he says—and the need to adapt research questions to what would otherwise be limited data sets. As a result, scientists now have more time to spend in the field playing an active role in the zoo’s conservation efforts.

This intervention, like so many conservation strategies, isn’t foolproof of course. But many reintroduction projects—take, for example, the high-profile Yellowstone wolf reintroduction efforts of the late 1990s and 2000s—have had tremendous success in recent years. And much of this success can be attributed to a turn toward systematic, scientifically-informed management decision making.

The western snowy plover, a small, camouflaged shorebird that makes its home on the beaches of the Pacific Coast, frequently nested in the once widespread dunes. As did the California least tern. But due to habitat loss and increased predation, these birds have recently been added to the growing list of endangered and threatened species across North America. Fortunately, however, the San Diego Zoo has taken up the case.

With an adaptive management strategy in their pocket and a collaboration with the US military (Naval Base Coronado and Marine Corps Base Camp Pendleton have joined forces with the zoo in working to protect native bird species), the Applied Animal Ecology Division now operates a robust bird research program in San Diego County. Their mission? To gather data that could help inform conservation decision making. To better understand those habitat conditions that are necessary for nesting, a team of scientists tracked tern and plover survival and movement over several years.

Collecting this data will allow them to answer a number of important questions: How long do these birds survive at a particular location? Do males and females exhibit different survival rates? Do birds remain year-round at breeding sites? Do chicks hatched at one site migrate to anotherto breed? Even with an experienced field crew of scientists, however, such projects present many challenges.

“When we first started with our California least tern conservation project, it was hard to determine how many chicks were surviving,” recalls Jeanette Boylan, Conservation Program Manager with the Applied Animal Ecology Division. “We knew they were hatching because we could see the chicks in the nest, but then they would leave the nest. And three weeks later we’d see fledglings and do a visual count. That method was relatively inaccurate, though. So we wanted to come up with a measure to more accurately estimate fledgling counts,” she says.

Survival and nesting data will now be used to create a complex meta-population model that will help guide researchers in making management decisions. “We initiated a mark-recapture program for California least terns. We were then able to take the data from this program and put it into JMP to produce survivability graphs. This strategy enables us to more accurately estimate when the chicks are dying.”

“We can then take this information and determine which management practices are beneficial—or not beneficial—for this species,” Boylan says. “And hopefully we can modify our practices to increase chicks’ survivability. Because if more chicks survive, the population will increase.”