Recall that the method of least squares is used to find the best-fitting line for the observed data. The estimated least squares regression equation has the minimum sum of squared errors, or deviations, between the fitted line and the observations. 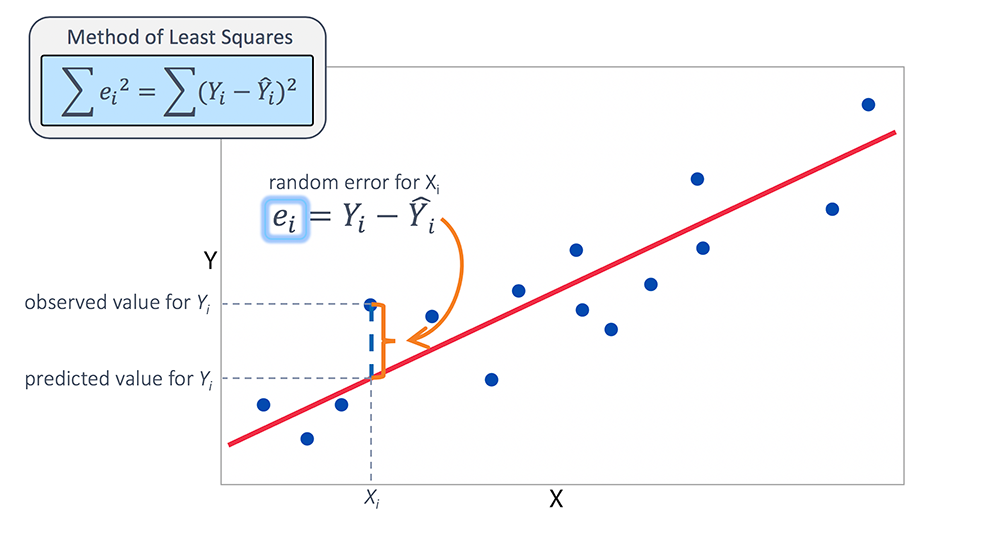 The coefficients are estimated to find the minimum sum of squared deviations between the plane and the observations.

Let’s revisit the Cleaning data one more time, focusing on only two predictors, OD and ID. We see that both OD and ID are positively correlated with Removal.  And we also see that they are correlated with one another. This means that parts with larger outside diameters also tend to have larger inside diameters.

In our individual models, OD and ID are both significant predictors of Removal, with very small p-values. 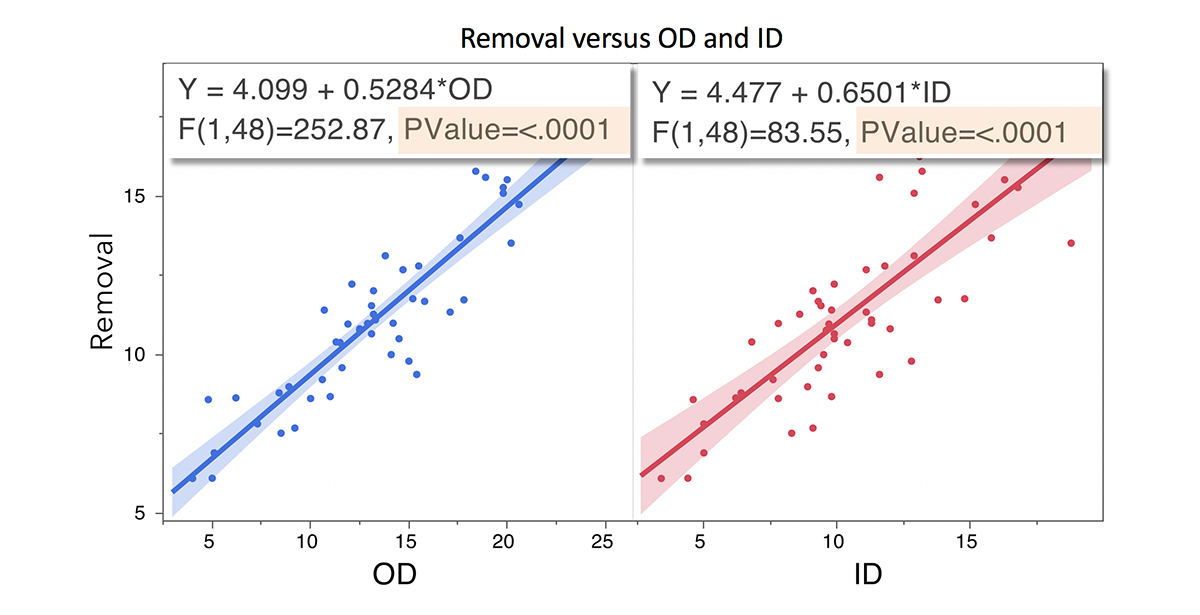 How do we interpret these results? In multiple linear regression, the significance of each term in the model depends on the other terms in the model. OD and ID are strongly correlated. When OD increases, ID also tends to increase. So, when we fit a model with OD, ID doesn’t contribute much additional information about Removal.

We see this more clearly when we look at the model fit statistics. Recall that RSquare (R2) is a measure of the variability in the response explained by the model. A similar measure, RSquare Adjusted, is used when fitting multiple regression models. We’ll describe RSquare Adjusted in more detail later in this lesson.

These somewhat contradictory results are actually fairly common, and later we’ll see how to address the problem. For now, let’s explore the issue further with a new example.

When we take a closer look, we see that there is also a significant relationship between DrowningRate and Year. Over time, the drowning rate is decreasing.

When we fit a multiple regression model with both IceCream Rate and Year, only Year is significant. On average, the drowning rate decreases by 0.12 per year.  Ice cream consumption is no longer a significant predictor of drownings, after adjusting for changes over time.