How does the US Department of Agriculture fight invasive species? With statistics, of course.

When the phone rings in Ned Jones’ office, there’s no telling what new challenge he’s being called on to confront. But there’s a very good chance it will require JMP.

Jones works for the US Department of Agriculture’s Animal and Plant Health Inspection Service (APHIS). APHIS comprises six divisions, the two largest being Veterinary Services and Plant Protection and Quarantine (PPQ). Jones is the sole statistician for PPQ’s scientific think tank, the Center for Plant Health Science and Technology, headquartered in Raleigh, NC.

Jones says that while Veterinary Services has some 50 invasive pests it commonly deals with, and a well-established sampling and statistical system to keep track of them, PPQ deals with 50,000 or more pests – insects that enter US borders and attack plants, diseases that attack plants, and plants that attack other plants – with steady new arrivals.

PPQ scientists use SAS® and JMP for a wide variety of projects associated with keeping invasive species out of the country, and for controlling the spread of those that are already here. And every day, Jones turns to JMP to delve into an array of issues that require sample design, experimental design and repair, data analysis and much more. JMP is also commonly used for data visualization and problem solving.

Approving a commodity – a plant or plant products – for entry into the US requires identification of exotic pests associated with it in its country of origin, analysis of those pests and a mitigation plan to control them as the commodity moves along its path to the consumer. 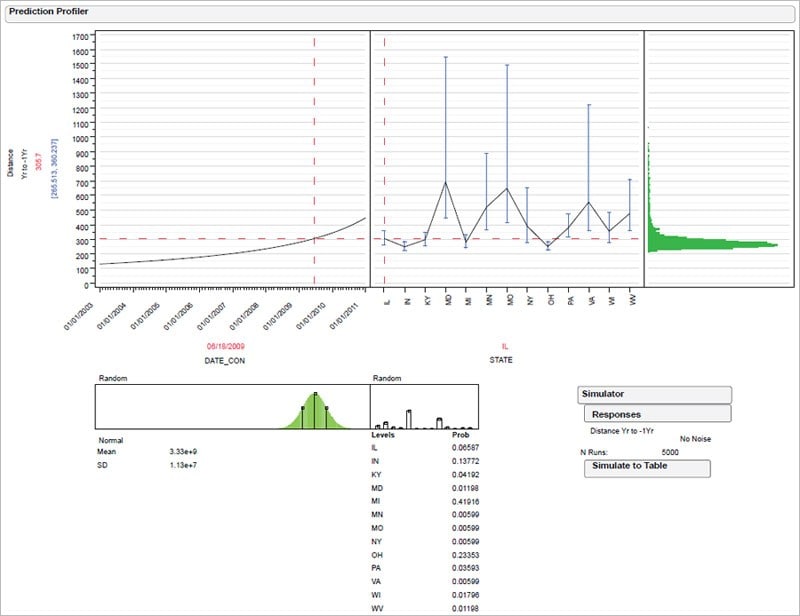 Ned Jones uses the Prediction Profiler to explore and simulate the movement of the emerald ash borer, an invasive pest that destroys ash trees.

Ned Jones uses the Prediction Profiler to explore and simulate the movement of the emerald ash borer, an invasive pest that destroys ash trees.

“We develop integrated pest management plans, or IPM, for commodity pest species combinations that we encourage countries to adopt when importing a commodity to the US,” Jones explains.

As factors that affect pest entry are known and understood, risk managers may identify either single or multiple risk-management options to reduce pest risks to acceptable levels. An IPM plan might include spray programs, harvest culling, waxing, cold or heat treatments and teaching harvesters to detect infested fruit. The USDA provides sample plans, but until recently, few of these plans had a sound basis in probability.

“Sometimes these mitigations aren’t sufficient, and sometimes they’re overkill. So we’re working on that,” Jones says. “We’ll construct a mathematical model that will say, ‘OK, this is what survived the first treatment. How many survived the next treatment?’ You keep adding those treatments either as parallel or as sequential mitigation treatment until the probability of survival is sufficiently low that we can allow that product to come into the country. The difficulty is knowing how treatments interact with each other, and knowing when the mitigations are independent, synergistic or antagonistic.

“We use the JMP Profiler to simulate this and to share these plans,” Jones says.

PPQ uses the JMP Profiler to develop sample designs relying on binomial and hypergeometric distribution, including detection level, detection sensitivity, probability of infestation, confidence and sample size. The JMP Profiler provides a unique view of the interaction of these factors for both single- and multiple-stage sample designs.

PPQ also conducts risk analysis on exotic pests for which sufficient data is unavailable and it must rely on expert opinion. The experts define what the highest survival response is after a mitigation is applied, the most likely response and the lowest survival. Using the JMP Profiler, these opinion inputs are converted to a Pert distribution, a special case of the beta distribution, using the underlying beta parameters. This process allows the expert opinion to be simulated with the JMP Profiler. By combining these simulations, the effects of combined treatments can be modeled.

The USDA tracks exotic pests, putting them in context relative to population centers, commercial agriculture and natural resources. The agency records the date and location of each new interception and visualizes the data using mapping features and animated bubble plots in JMP. 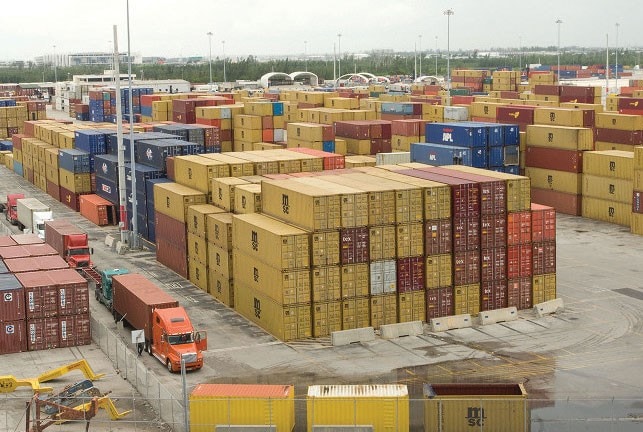 Sampling is the only way to handle the inspection of the massive amount of agricultural cargo that enters the US, says Ned Jones of the USDA.

Sampling is the only way to handle the inspection of the massive amount of agricultural cargo that enters the US, says Ned Jones of the USDA.

“This has turned out to be a huge issue,” Jones says. “Two examples of pests that we’re sure have gotten into this country through this packing material are the emerald ash borer and the Asian longhorned beetle. Both of those species are gaining in numbers in this country, particularly the emerald ash borer, and we’re trying to figure out how to control it.”

The emerald ash borer has spread to 14 states since its entry in the 1990s and has killed perhaps 100 million ash trees. It’s considered one of the most destructive invasive insects in the country.

A few years ago, Jones developed a model using JMP to estimate how far the insect was moving from year to year in order to determine where to concentrate efforts to halt it. He found that the area in which they should search for the insects should extend considerably farther than had previously been believed.

Jones also used JMP in his work with the US Department of Defense on another ISPM 15 project.

“The US has been shipping ammunition to Europe for many decades to support the NATO troops,” he says, “but about five years ago, the Europeans said they wanted us to stop using wooden boxes – which are mostly pine – because they were afraid they were going to be infested with the pinewood nematode, a microscopic worm. They were concerned it would enter their conifer forests and would be very damaging.

The USDA has several programs in which it conducts sterile insect releases.

The USDA has facilities in which they raise insects and irradiate them to make them sterile. Then, as they become adults, they’re released into areas where efforts are being made to control or eliminate that species.

Jones has worked on two such projects: one with pink bollworms, which chew into cotton, the other with fruit flies.

“All along the Mexican border, we release sterile fruit flies to reduce the fruit fly population,” Jones says. “We can’t do anything about what’s on the other side of the border, but if we flood the border with sterile males, the chance of anything developing in this country is low.”

The USDA has two rearing facilities in areas where the fruit flies are prevalent: Guatemala and Hawaii. The sterile male flies are then sent to California. 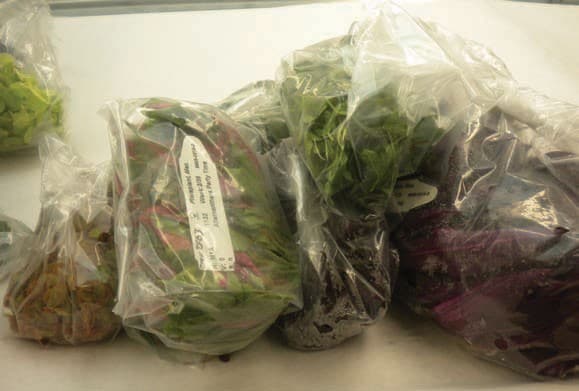 “Invasive species get into an area where they have no natural enemy, and they just explode,” Jones explains.

He used JMP for all sample design and sample selection in a study of the ammunition boxes in US Army arsenals. The study design should provide evidence to the Europeans that the infestation rate was only 0.5 percent or less, with 95 percent confidence.

“When they get there, the scientists test each batch to get a baseline to determine how healthy those fruit flies are. We want to know how many of them are ‘fliers.’

“Fruit flies aren’t normally strong fliers. But obviously, you want them to fly around some, to get to the females. So we test each group to determine the percentage of strong fliers. We’ll test them for two hours – that’s the baseline – and then for longer.

“I’ve developed models for that in JMP. That was a very interesting application that should provide meaningful results.”

While Jones uses JMP daily, he also helps other scientists analyze their own data.

“The user-friendliness of JMP has definitely given people more confidence to use statistics in their work,” he says.

“An average shipment of fruit is, say, 1,800 boxes. So how many boxes should we open? And once we’ve opened them, how many fruits should we inspect in each box?

“That’s making better use of probability and statistics. And that’s what I’m doing with JMP,” Jones says.

Invasive species get into an area where they have no natural enemy, and they just explode.