A better understanding of aging

The Mario Negri Institute for Pharmacological Research is a not-for-profit biomedical research organization based in Milan, Italy. Its primary objective is to combat disease and help improve quality of life by gaining a more complete understanding of the innermost workings of living organisms. The institute seeks to better understand why diseases arise and what happens within an organism when foreign substances intrude. Its research ranges in scope from the molecule to the entire human being, and its findings provide a sound foundation for the development of new drugs and the improvement of existing ones.

Epidemiologist Mauro Tettamanti, PhD, works primarily in the field of geriatric neuropsychiatry, seeking to differentiate normal age-related changes from those of disease and brain-function disorders. He conducts clinical trials on the efficacy of new drugs to treat Alzheimer’s disease and depression in the elderly and also is involved in surveys on the health of individuals 80 years old and older. 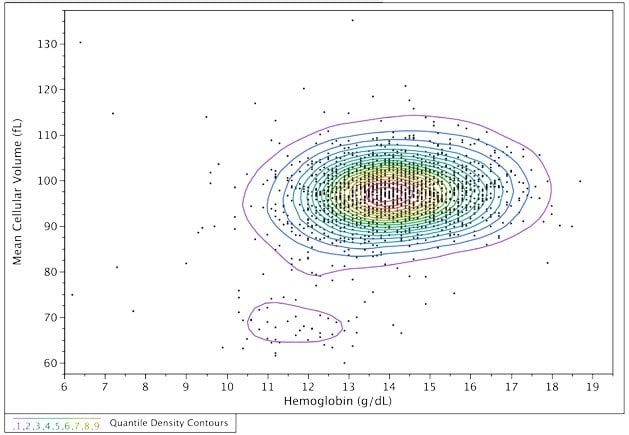 This scatterplot shows quantile density contours of mean cellular volume as a function of hemoglobin concentration. 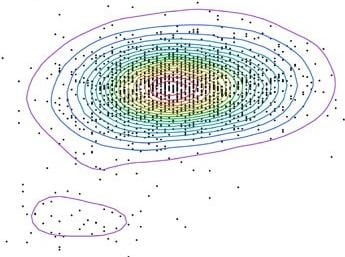 This scatterplot shows quantile density contours of mean cellular volume as a function of hemoglobin concentration.

“The elderly are the fastest-growing segment of the population in both developed and developing countries,” Tettamanti says. “Studying the prevalence, incidence and risk factors of dementia are of major importance in planning where resources should go.

“We hope that our research will aid in understanding how to delay the incidence of dementia and to develop new strategies to halt its course.”

Using JMP, Tettamanti has combed vast administrative databases – containing millions of rows of data – looking for trends in the types of drugs being prescribed for older patients and, where possible, factors that affect the health of older individuals. Tettamanti builds the databases, validates the data and then analyzes it, alone or in collaboration with other researchers.

‘Every day is a JMP day’

Tettamanti says that almost all of his team’s analyses begin with JMP, and many finish with it. 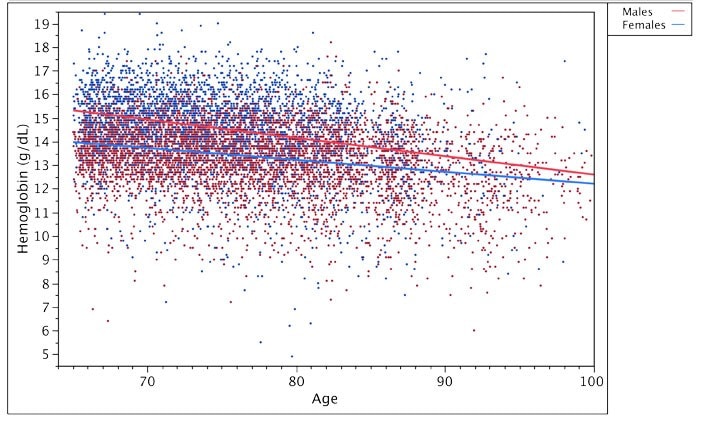 This scatterplot with fitted regression lines by sex shows hemoglobin concentration as a function of age. 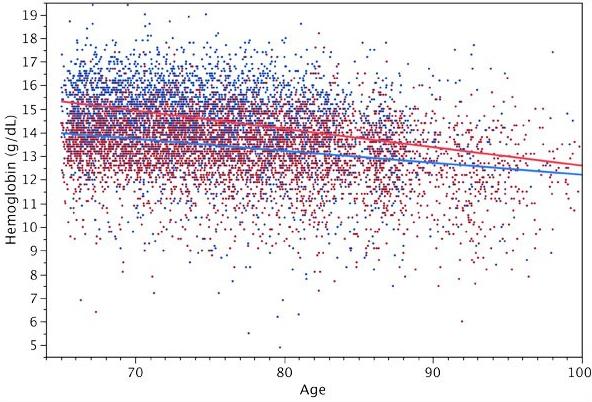 This scatterplot with fitted regression lines by sex shows hemoglobin concentration as a function of age.

Tettamanti finds it very easy to work with JMP in accessing large databases remotely and manipulating the resulting tables. His work with prescription drug use is a great example. The tables are divided by calendar years and every year contains about 10 million drug prescriptions for 500,000 elderly subjects.

“Using simple Select queries, I build, on the fly, the tables I need and I calculate, with a Tabulate platform, the total number of specific classes of drugs taken by each individual. Then I append all the tables and compare the figures across the years. That gives me the trend on the number and percentage of prescriptions over the last decade. The process is semi-automated, in that I built a short script to help me in the part of the work that’s more tedious and time-consuming.”

Tettamanti also followed this procedure to examine the presence of drug interactions.

Tettamanti describes another project in which JMP played a critical role:

He and his colleagues wanted to study the association of a mild-grade anemia with the health status of elderly individuals and subsequent hospitalization and death. They invited the elderly residents of Biella, a city in northwestern Italy, to participate in the study and to donate a small amount of blood to determine if they were anemic. Some 4,500 individuals agreed to take part.

The most interesting finding, Tettamanti says, is that mild-grade anemia – found through lab analysis and not generally believed to be clinically important – is strongly associated with hospitalization and mortality in later years. On the other hand, they found evidence of a cross-sectional association of mild-grade anemia only with some specific cognitive and quality-of-life variables. 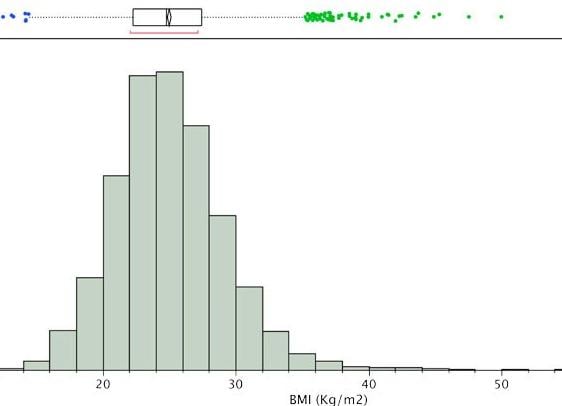 JMP was used to study the distribution and to rapidly pinpoint possible mistakes in entering the data, to study the relationships between variables to detect possible correlations to the presence of anemia, and to perform the final analyses with the associated controls.

Tettamanti finds it particularly easy to use the JMP platforms that build and manipulate tables: “I prefer fetching the raw data and then building JMP tables, rather than messing with long SQL commands on the original tables. It’s really fast.”

He and his colleagues make extensive use of JMP’s Tabulate platform – which pioneered the idea of using drag-and-drop to build custom reports – and Fit Y by X, Fit Model (linear, logistic and survival) and the multivariate charts and all their options.

“The Data Filter is great,” he adds, “and the Group Columns feature is a welcome addition. I also use the scripting features to replicate the results to be used in research papers.

“I almost always use the graphical features accompanying the analysis procedures to check the assumptions of the analyses, mainly for myself, and to illustrate the dependencies between the variables.”

What’s more, Tettamanti adds, “JMP is really easy to learn and to begin to use. Often students are here for only about a year, so it’s important to have them operative in a short time. With JMP, they usually find themselves comfortable in a few days.”

So far, the Mario Negri Institute’s work on aging comprises observational research on the health of the elderly, but Tettamanti and his colleagues hope to soon be testing some new and promising therapies.

As for the role of JMP in this research, Tettamanti says, “I just hope it keeps on improving so I can squeeze ever more juice from my data.”

JMP is really easy to learn and to begin to use. Often students are here for only about a year, so it’s important to have them operative in a short time.